PC, Playstation, Xbox, Nintendo and all the other games we love to play!
Post Reply
1 post • Page 1 of 1 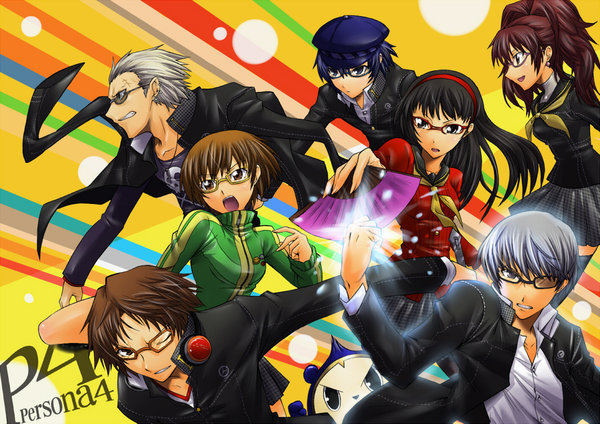 What is the game about?

Persona 4 Golden is a Vita port of one of the greatest RPGs of all time. Why is it great? Simply because its like playing a interactive anime. Its a glorious mix of Pokemon and High School drama and its packed full of choices, which means you will probably play through it more then once, and as 1 playthrough can take around 60 hours, this sadly means you will spent a lot of time glued to your Vita. The best thing to do is just to sit back, and enjoy the experience

The game is set on a day-to-day basis, meaning that the you will actually play though 365 days in-game, and on each day you can choose what to do.For example, you want to spend your time studying? Thats cool, you'll be able to get good jobs but you won't have a strong relationship with your friends. Perhaps you would prefer to join a after-school club, or chill out with your friends, or just battle some monsters to level your characters and monsters up? The wonderful thing about this game is it really does give you the illusion that you can do whatever you want!

Sounds cool, but why do you say its like Pokemon?

Without spoiling too much of the story, your characters will be able to summon monsters known as 'Personas', which basically act like Pokemon, each with their own strengths and weaknesses. As you level up, you will be able to fuse personas to create new personas, which get stronger as you get stronger.. 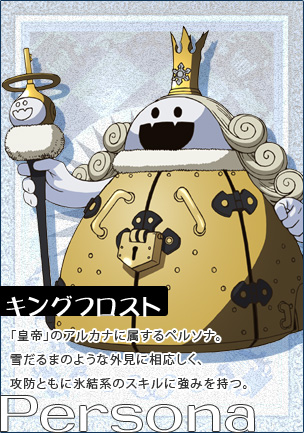 King Frost.
Yes that is a giant snowman robot thing..

The battle system is just like your typical RPG. You'll have normal attacks, attacks that enemies are weak against, special abilities to use, healing items to use, so there's nothing too complex to get your head around! The game also explains how it works in a really simple and easy to understand manner, so if your a RPG newbie, theres nothing to be afraid of!

Awesome, so how does the 'high school drama' influence fit in?

First things first, the story is awesome. I'm not going to explain it at all since its best to go into the game blind to experience it first-hand! Basically, your a teenager in high-school, and as I said before, the game does a great job of giving you the impression that you can do whatever you want. This means that you can talk to people how you want, and your choices affect your relationships with characters and also specific events that occur. For example, you can romance multiple characters, which makes things rather awkward come Valentines day..

Your actions also affect the ending that you get. There are 5 different endings to discover, and the whole story is presented in a mixture of in-game and animated cutscenes. Considering the game is very lengthy, the game is very well paced and the dialog can legitimately be really funny!

Ok sounds cool, anything else you can show me?