Anything about the Artemis Fowl books.
Post Reply
586 posts

Any one BUT the 4th book. That one was boooorrriinnnggg. If I HAD to choose...number 6. It supports the A/H ship.
ok.
Top

My favourite is the Artic Incident. I feel the first two are the best of all. I'd choose the first one, but I like the storyline of the second better. IMO, the quality went down at number 6 onwards. The Colfer style evaporated. But the storylines were still as beautiful and addictive as always, so I stuck.
Proud member of Team Foaly!

I'm off a lot lately. Here is my Wattpad if you want to message me.
Top

The third book was my favorite, The Eternity Code.

The Atlantis Complex or Time Paradox! I loved Orion in TAC, and TTP was so complex ,which I appreciated. And H/A.

My fav book'd have to be TOD. Heh..The Opal Deception is TOD.. It has the most action, I think, and it's the only one I own other than AF.

I've read them all so far, but I only own two. Being stuck with it, I've memorized it. Plus, it's Opal's first revenge! And the beginning with Artemis going around saying 'dude' was hilarious. Although I say dude all the time, it was obviously hilarious for Artemis.

I'm torn between TTP and TOD, they were both so wonderfully good. :3

I kept laughing at Myles and Beckett. x3
That animal rampage, and Opal's red boots and Mervall.

And there was that diamond shower, that was awesome.
TRUFFLES!

Those are definitely my two favorites.

i write because you exist.
Top

The Eternity Code and the first one were my favorites- the first is the one I'm the most familiar with, since I own it and have read it about 5 times, and I just loved the Eternity Code for no apparent reason.

Probably The Lost Colony, or The Time Paradox.

yeah i would so totally choose the first one, the first time i started reading Artemis fowl i was so excited i didn't leave the book a second until i finished it and a few minutes later i was thinking of rereading it, ah... i was so happy, so overly exited !! 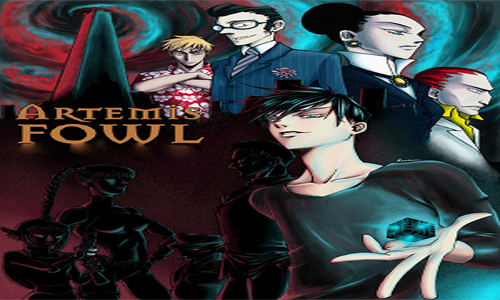 i like the third one the best. There was no life or death, just stealing something back in a clever way, like mission impossible...

I find myself constantly reading the lost colony... but I REALLY love the Eternity Code.
"Did you think that I would FORGET YOU?!"
Top

hmm..
mine might be the opal deception..
Burn every thing you love, then burn the ashes

The key to being an airhead is keeping an empty mind.

I'm a gangster, my name is Jabberwocky.
LE GASP!!! You no think I'm gangsta? I'll pop a soda cap up your ask!

I love them all, but I think my favourites are TOD and TAC. Orion was just so funny.
Top

I don't know... How can I choose? Probably the first one because it was the one which persuaded me to read the series... But TAI, TOD, TTP and TAC are all good too! TEC doesn't have such a good villain in my opinion (I don't know why, I'm just anti-Spiro), TLC is a little confusing with all the new stuff about demons (and the quark joke is rubbish), and we don't know about TLG yet.
Gallifrey - a Doctor Who fanfiction
Hunting the Disappeared - a Fowlock fanfiction

This user will debate you about how important Jean Valjean is (acceptable answer: very), and the distinction between 'antagonist' and 'villain' and how the terms apply to Javert and the Thenardiers.
Top
Post Reply
586 posts