The Lost Colony. I love the whole idea of it.

And I agree with Julissa.


Julissa Holly Fowl wrote:I hate TOD. I really, truly, hate it with a passion. Why, oh, why did Colfer have to kill Julius? *sobs* He was amazing!
My favorites are probably TAI, because Root plays a major part and because of many other reasons that have been discussed already, and TLC, because while Root didn't show up, Minerva is awesome. Frankly, I'm as Sueish as she is, and can relate to almost everything about her.

You do not have the required permissions to view the files attached to this post.
Official FanGathering Ranger

But I really liked The eternity Code to much! I don´t know why I like Spiro

(I know he is so annyoing) but is so cool as a antagonist and I also like the The Arctic Incident to much ;--; I love Arty being so confused about his feelings...

I kinda liked TOD. But when i had gotten up to the part where Julius was killed i threw the book across the room. I think i liked it so much because of the feeling i got when Artemis regains his memory. it was a "YEAH! IN YOUR FACE!" moment. i don't really know who i was talking to but yeah...

But my absoloute fav is the 1st book!

It is soooo awesome!

anyone agree with me?
"So boycott love,
Detox just to retox.
And I'll promise you anything
for another shot at life.
Imperfect boys with their perfect ploys.
Nobody wants to hear you sing about tragedy."
Disloyal Order of Water Buffaloes-Fall Out Boy

I find it impossible to choose a favourite book, I've never been great at deciding on just one thing.

Let's just say I love 'em all, including those two short stories (LEPrecon and The Seventh Dwarf) that sandwiched the first one...

Despite the fact that "The Seventh Dwarf" didn't really make much sense. X3
Fishfingers and Custard, food fit for a TimeLord X3
Top

I'm a geek,don't like it? Well talk to the walri. 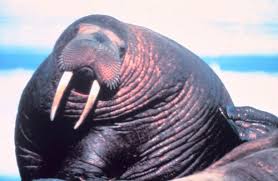 TTP gave me a headache, haha. But it was awesome nonetheless.

I think TAI was my favourite, but that's partially because of my obsession with cold and snow and all things wintery. Plus I liked the whole evil Cudgeon thing

He made a good villain.

I love them all though. With the excepion of TLC, but that's only because I've never been able to get my hands on a copy.
I am a signature The first was the best! It started everything. I always love the first book in a really good series.

But I haven't read some of them in a really long time, so it might be iffy.
i write because you exist.
Top

I love the first one and the Time Paradox.

- spritegirl15
Dance like nobody's watching.
Dare to be different.
Never be normal.
Always be awesome.

I know some of you still haven't read it, but it's hilarious.

But I did find myself with some book-throwing moments

.
An Upside-Down Reverse RA INBOW
While you are still SINGING
A MELODY, only for you.
Makes the WORLD go swinging...

From the books I've read, TLC has been my favourite so far (:
Top

i liked the time paradox...

My favorite book was TAI; it really felt like Colfer found his style, as I think he said somewhere. Lots of action, great dialogue, brilliant villains, and amazing character interactions. Except that I was so emotionally involved with TOD (Julius dying -

) and it was also awesome how Artemis regained his memory. Ah, I simply love every book! Well, except TTP - I like it because it's part of the series and that's about it. No offense to anyone.

I have nothing to declare but my genius. -Oscar Wilde
Which, being a genius, I shall not declare. I shall instead declare my paranoia.