I was wondering if anyone here has a tumblr. If you are wondering what it is it is basicaly a blog service that allows you to post photos, text, vidoes, and even chat logs online. It is pretty fun, and easy to get the hang of.

Mine is a chronicle of my journey to write a novel, in a years time. You can find the link in my signature if you wannna check it out...

I have a Tumblr! I've only put up 5 posts so far, but here it is anyway http://cabaline1.tumblr.com/
Read and enjoy

ahah does anyone else have tumblr?
my tumblr is this

I have a Tumblr, here! http://oopsiforgotmytardisagain.tumblr.com/

I have a tumblr!

It's is right over here - http://butlerxartemis.tumblr.com/

I’m thinking of buying a monkey. Then I think, “Why stop at one?” I don’t like being limited in that way. Therefore, I’m considering a platoon of monkeys. So that people will look at me and see how mellow and well-adjusted I am compared to these monkeys throwing faeces around.
- Robert Downey jr.
Top

I can't post my personal tumblr because a lot of it is a little inappropriate, but this is a side-project I'm working on. It's a list of tips for people living in a science fiction universe.
Top

"People are gonna tell you who you are your whole life. You just gotta punch back and say, "No, this is who I am". You want people to look at you differently? Make them! You want to change things, you're gonna have to go out there and change them yourself, because there are no fairy godmothers in this world." - Emma Swan, Once Upon A Time.

EDIT: This post got way too confusing because I changed my url too many times

My blog is here c:

I don't have one, but this is my friend's.

It's really centered around beauty and self-acceptance which is totally delightful.

I love this quote from her:

(Oh, and I guess I should say that I do swear...a lot when I post. So beware when you click if you don't want to see that)
Take a look at me 'cause I could not care at all

I have a Tumblr, but I think if you read Posf's post you would get that. Er... Well I would stay away from it in all honesty if you:
Can't stand occasional rude humor, Don't feel like having pictures of attractive band people on your dash (that's all I really post), hate it when people swear, and have heart problems. Well not really the last one.
Anways, extending my slight Guy Ripley obsession, my tumblr is...
http://guyripleystruethings.tumblr.com 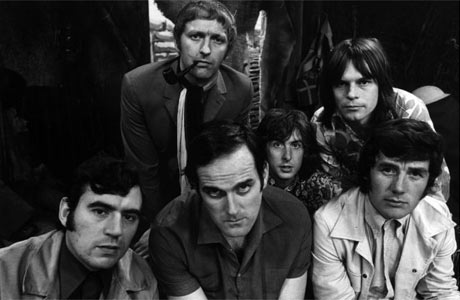 I recently made one, curious as to how it works, and it's pretty cool. Mine is called Falling Stars.
i write because you exist.
Top

Mine is PG-13 for some mild language (mostly stuff I reblog). So yes!! I do have one and actually the username has a funny back story..
http://bayleezilla.tumblr.com/

Anyone else tracking Artemis fowl on tumblr?? I actually track the strangest things...
Joshua 1:9
Hello people of the internet! You may call me Baylee if you wish, I'm a small town girl living in a lonely world, I do not take trains anywhere since new orleans terrain does not allow that (it will get swallowed up by the marsh land or get flooded, like my car did D:< I still have the same URL but I made another blog, that is FG inspired. Here you go.

I think you'll enjoy it.