Wht Not To Say To A Police Officer.

*Pulls sad face* "I'm starving, Officer! Will you give me just one doughnut? Please?"
I still don't get the doughnt thing entirely, but... Whatever.
Gallifrey - a Doctor Who fanfiction
Hunting the Disappeared - a Fowlock fanfiction

Oh, hello officer. Was I speeding? That depends on your definition of speeding, really. I was going a perfectly rational speed considering my driving abilities, and as you can see, I haven't caused any damage yet. Isn't this rather like giving someone a zero on a test because they might cheat? I might hit something, but I haven't yet. Oh, it was because I was going above the speed limit? You do know those have changed drastically over the last few years, and that there's not a lot of data behind them, right?
Not all those who wander are lost...

Are you my mother?

Yo! Take those handcuffs off my wrists noa! Put that tazer away!

Officer: *to driver* Sir, why did you pull up so close behind that over car at the intersection?

Driver: Because the law says to allow enough room to brake, I was stopped, so I wouldn't have to brake! *Sings with end of gameshow background music* and that's why I pulled up right behind him!

Suspect: Look officer, I let him in, he pulled a gun, So I shot him, then I called you.

Officer: Do you have a permit for your gun?

Suspect: Now I have to have a permit for my gun too?!? *turns to camera* That's stupid, so elect me, Murd r Suspect, mayor!

Randomosity
Troll
Posts: 119
Joined: Thu 7th Jun 2012
Gender: Female
Location: I'm stuck in my computer! If you are reading this, find me! I'm filed under "Randomosity"

You know what, you cops are the ones that should really be arrested. since I have come to this station you have speeded, gone through three red light, abducted me and now you've kept me here against my will. Also, I'm a vegan, so you weren't respecting my rights by giving me this food.
(FAVRIOTE QUOTE)I want to live in a world where chickens can cross the road without their motives being questioned

This sigge was made by Sara. THANK YOU!!!
Avvie made by skyswallow. THANK YOU ALSO!!!
There is no freedom, just different levels of bondage
Remember that all opinion is an view about the world. Find a place to stand.
THE SHOW MUST GO ON
Alcohol. the solution- and cause- of all life's problems
ASDF movies are awesome and so are Eddsworld and the TomSka movies. Also Rest In Peace Edd Gould your world will keep on spinning.
COFFEE MAKES THE WORLD GO ROUND!!!
COFFEE IS IN MY SOUL!
COFFEE IS MY SOUL!

Say "Eat my shorts" then drive off.

Nothing at all until he gets really angry, then scream "IDIOT!!!" And drive off
do you not like me? doesnt matter, i face a lot more than you in real life

do you not like the fact that i am a big gamer? doesnt matter, i face a lot more than you in real life

do you not like butter? doesnt matter you dont know how awesome it is

do you not like anything about me? you only think im a kid who likes to annoy everyone i see, i have ADHD, dont blame me for my gift from god, ADHD lets me be happy in real life even though im hated there

But it doesn't beat stopping in the middle of the zebra crossing and shouting at him,"Dude you're hogging the road!"

Or imagine, "Hey man, there's this guy who killed an ant, and since killing is illegal, why not arrest the murderer?"

--Shaadia Cader, Princess of weird, Commander of Boncus, leading General in the Anti- punctuation mark army and Heir to the Throne of Insanity.

I am the (not so) lovely Princess of Eternal Weird, I'm (not so) graceful and (not at all) feminine, and I (never) wear ball gowns. My favorite color is (SO NOT)pink and I (well this one's true at least) love cats.

Well... you can always try this out

http://fc00.deviantart.net/fs71/i/2013/ ... 6buo9u.jpg
I emit a chaos field which distorts time and space and creates chaos everywhere around me. That's why my room is always a mess.

Re: What Not To Say To A Police Officer.

me: oh hey officer didn't realize you were there wanna have a beer that's open but i couldn't possibly have had because i am not old enough
officer: O_0 *gets out handcuffs*
I am Finn/Slepyoneshot, but it has been half a year and i forgot my password and made a new account

We just got a new car! i like to call it, the warthog

no like a lion... a big cat of some kind 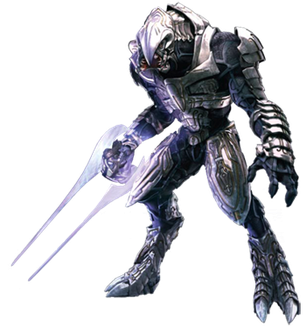 Tell him that he is not kawaii enough for you and flip your hair at him before driving off.

*cough cough* <-- That would likely get you arrested on an assault charge in today's precarious climate.

☠
The last step in any journey may be the first step of an even greater adventure.
네이트
WARNING: I may post stuff that is not for suited for immature eyes. READ AT YOUR OWN CAUTION