Hello everyone! Sol here, and I have some things I need to say.

First of all, I FINALLY got some music making software (Linux MultiMedia Studio [LMMS] a free alternative of Fruity Loops Studios [FL Studios], which was mainly the only reason I was allowed to get it. It was FREE.

Anyway, my question is, Do I have to get the rights to the name "Solinium Pulse"?
I wish to use that as my stage name IF I get famous one day...
(What? I can dream, can't I?)

For those of you who don't know, the term "Solinium Pulse" was from the fifth Artemis Fowl book, Artemis Fowl: The Lost Colony, when Artemis was giving Butler convincing arguements of why he should stop circling around him to prevent anyone from spying on him, and, well, here's a quote...


...any audiotech trying to eavesdrop on us may as well pack up and go home, as the third button on your jacket is emitting a solinium pulse that whites out any surveillance tape, human or fairy.

So yeah, as it turns out, despite the fact that it was only mentioned once, the third button on Butler's jacket that had emitted a solinium pulse was in fact a major part of the story. (In my opinion. If it hadn't been for that button...well, you all know what happened. If you don't know what happened, READ THE BOOK! I'm looking at you, Kitty!

Another question. I need help from Fowl Fans all over the world (and under it!) to help make some AF stuff! Music inspired by the books, mini-movies inspired by the fanfics! C'mon people! We can do it! Can you help me?

I'm also very sad to say that the FG is a little bit...Well...dull.

But we can heal it for the better! I've been hit by a sudden spark of inspiration, that has quickly evolved into a blazing passion! Like...like...like...MAGIC.

Anyway, It seems like the world of Artemis Fowl is slipping from me, I mean, seriously, I grew up with Artemis, and he was a serious part of my develpoment. (As pathetic as that may sound...it's true!)

All I'm saying is that Artemis...Well, he's my hero. And I just wanted to pay him back for being there for me.
For you.
For all of us.
I don't know if I'm epically derpin' or what, but I just want to know if anyone else feels this way too.

Can you see it too? 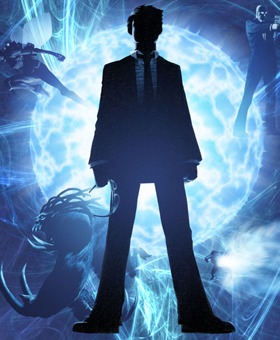 Re: Let's make some movies, music, and magic!

If this is a personal project I'd suggest posting it in the art section...if you want to enlist others help check out the collab thread.